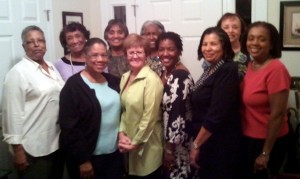 Simply put, they all have been used in dispersing biological weapons.

At the “Battle of Tortona” in Italy in 1155, Barbarossa had human body parts dropped into the wells of his enemy to contaminate their water supplies.

Catapults were used to send dead and infected bodies of plaque victims over castle walls to infect the inhabitants under siege. In 1346-47 the Mongols used this tactic successfully at the city of Kaffa (in Crimea), forcing the Germans to flee.

During the French & Indian Wars in the USA 1763, blankets from patients that carried the smallpox virus were given to American Indians by British troops to infect and kill them.

In 1940 the Japanese took rats that were infested with plaque carrying fleas and set them loose in China causing epidemics.

In 1978 while living in London, a needle on the tip of an umbrella was used as a weapon to assassinate Georgi Markov. The neelde injected a pellet laced with lethal ricin toxin in to the diplomat.

And in 1984 a radical group in Oregon state laced the salad bar of a local restaurant with salmonella in order to make the population sick so they couldn’t vote against their candidates in a local election.

And then there are the anthrax letters of September 2001…..

If there ever was a time to long for, the days of the “Red Phone” and Reagan squaring off against Gorbachev, to borrow a slogan from the first Reagan campaign, “the time is now.”

The world has certainly become a more dangerous place since the Soviet walls “came crumbling down” and the Cold War has been replaced by “hot zones.”

While the Soviet Union’s crimes against its own people deserve to be in the past, the Soviet Union offered some glue to the collective of anti-democratic and anti-American sentiment out there. It was a glue that kept some of the Soviet allies in check. As that glue dissolved, it seems that so did the check over countries like Iraq, Korea, and Iran.

There was a macabre but considerable comfort in the guaranteed mutual destruction of the globe that would have come if the EU or US were too aggressive against one of the Soviet allies or vise versa.

The time when our nation could defend its boarders by targeting missiles at command and control centers thousands of miles away in Moscow is a thing of the past. Now terrorist cells have brought destruction to our soil and those missiles and their plans are twirling aimlessly like an unanchored road sign spinning in a wild wind.

We only have to look at the unfolding of the fight against insurgents in Iraq to know that there were no effective plans to defend ourselves or fight an unconventional war. Perhaps there will never be an effective war plan against the resentment we face in Iraq—certainly not one that we can all agree on.

Thus, as we face nations that pose “threats” similar to those posed by Iraq, like Iran, we have to have the courage to admit that we are in uncharted waters in fighting such opposition.

What options do we have? We could sacrifice more lives while we experiment with tactics against these unconventional opponents, we must consider other options. Or, we could reach out with true global peace initiatives that seek to ensure the sovereignty of each nation. This might mean that a new bloc emerges in the Middle East and we enter a new Cold War. But, there would be new parameters, and while the bloc sorts its internal politics, we would strengthen our defenses at home. Can we cool off the current wave of escalating violence? If we don’t try we won’t know.